Results are in – CD Treat diet

Back in 2017, we announced that we had invested £50,000 in CD-Treat research; a new dietary treatment aimed at combating Crohn’s Disease.

Current evidence suggests that a combination of genetics, external influencers and gut microbiota all contribute to the disease activity of Inflammatory Bowel Disease. Studies have shown that disease improvement, following treatment with Exclusive Enteral Nutrition (EEN), coincided with changes in the gut microbiota. CD-Treat is a food-based diet which induces similar effects on gut microbial metabolites with EEN, which was confirmed in preliminary studies. 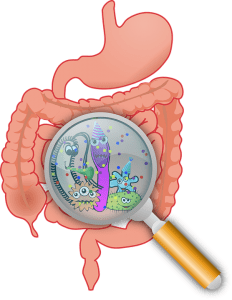 CD-Treat Lead researcher Vaios Svolos, a PhD student in Human Nutrition at Glasgow University, who also has Crohn’s disease himself said: “We are looking closely into the role of diet and gut bacteria in Crohn’s disease.” A trial of 25 healthy people using the diet was successful in changing the gut germs in the same way that the liquid diet did.

We’re pleased to announce, that results are now in from the latest research!

Twenty-five healthy adults randomly received EEN or CD-TREAT for 7 days, followed by a 14-day washout period, followed by the alternate diet. Fecal microbiome and metabolome were assessed before and after each diet. Five children also received CD-TREAT with clinical activity and fecal calprotectin evaluated after 8-week treatment.

Among the children receiving CD-TREAT, 4 had a clinical response and 3 entered remission, with significant concurrent reductions in fecal calprotectin.

Those being treated with EEN may need it to be administered via a nasal gastric (NG) tube. This delivers the formula straight to the stomach and can be necessary due to fairly common issues such ‘formula fatigue’, which means individuals get so bored of drinking the same formula each day for 8 to 12 weeks, that they just can’t physically make themselves drink it.

For many, the CD-Treat diet could potentially give people that would usually only have a liquid diet as an option, the chance to take back some control of their lives and activities and provide them with the opportunity to participate in social gatherings that they may usually have avoided.

Your donations made it possible for us to invest in this research! 100% of the donations we receive fund patient-centric IBD research, to improve the lives of Crohn’s Disease and Ulcerative Colitis sufferers, and to ultimately find a cure. We are run solely by volunteers to make this possible. If you would like to fundraise or donate so that we can invest in more IBD research, pop over to our website or Facebook! 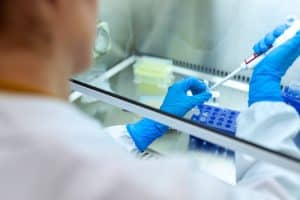 We have funded multiple studies run by the Exeter IBD and Pharmacogenetics Research Group – headed up by Dr Tariq Ahmad, Consultant Gastroenterologist at the Royal Devon and Exeter. Their work brings hope that personalised Read more… 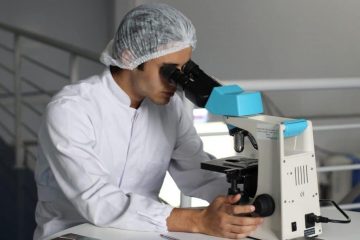 You may remember that we announced our £60,000 investment into the personalised anti-TNF therapy in Crohn’s disease study (PANTS), last year. Although anti-TNF drugs have given new hope for people with Crohn’s Disease and Ulcerative Read more… 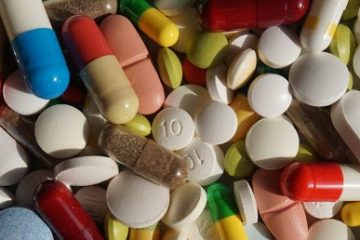 Personalised medicine is a term that has seen a major increase in interest and popularity recently, but I am here to tell you, the potential benefits for IBD patients could be a major game changer! Read more…

This website uses cookies to improve your user experience. By using this site, you agree to these cookies being set. Read More
Accept All
Manage consent

This website uses cookies to improve your experience while you navigate through the website. Out of these, the cookies that are categorized as necessary are stored on your browser as they are essential for the working of basic functionalities of the website. We also use third-party cookies that help us analyze and understand how you use this website. These cookies will be stored in your browser only with your consent. You also have the option to opt-out of these cookies. But opting out of some of these cookies may affect your browsing experience.
Necessary Always Enabled
Necessary cookies are absolutely essential for the website to function properly. These cookies ensure basic functionalities and security features of the website, anonymously.
Functional
Functional cookies help to perform certain functionalities like sharing the content of the website on social media platforms, collect feedbacks, and other third-party features.
Performance
Performance cookies are used to understand and analyze the key performance indexes of the website which helps in delivering a better user experience for the visitors.
Analytics
Analytical cookies are used to understand how visitors interact with the website. These cookies help provide information on metrics the number of visitors, bounce rate, traffic source, etc.
Advertisement
Advertisement cookies are used to provide visitors with relevant ads and marketing campaigns. These cookies track visitors across websites and collect information to provide customized ads.
Others
Other uncategorized cookies are those that are being analyzed and have not been classified into a category as yet.
SAVE & ACCEPT
Twitter
Facebook
LinkedIn
Copy